Natalia and her mother, Silvia

The last Mother’s Day I spent with my mother was back in May of 1983. I don’t know if we had fun, I don’t know if I kissed her or hugged her, I don’t remember that day at all. I was only one year and 5 months old.

After that, I spent many Mother’s Days with my grandmother. I was her consolation and she was mine. She became the mother that was abruptly ripped from our family. I became the daughter that the Salvadoran death squads took away. As a child, I worked on many crafts in school. They were Mother’s Day gifts that never reached their final destination. One Mother’s Day I recited a poem in a school event, my mother never heard it. I was awarded medals for excellent grades, my mother never saw them. I participated in sports and my mother didn’t cheer me on. She was one of thousands of mothers that were forcibly disappeared during the civil war in El Salvador.

I remember that I was an adolescent watching the news on TV on Mother’s Day. The news crew went to a cemetery to interview the people that were honoring their mothers who have passed away. I asked myself: “why can’t I do the same? Why don’t I have a tomb for my mother?” I didn’t even know what had really happened to her.

Thirty three years (a whole life time) after she was forcibly disappeared have passed, and I still don’t know where her remains are, I have no clue as to what really happened to her. I am not the only one with this predicament; many kids of the disappeared will spend yet another Mother’s Day asking themselves where their mothers are. What happened to them?  We keep wondering if we will ever find out the truth.

My grandmother is 94 years old and her Mother’s Day has been incomplete since 1983. Just like Penelope of Greek mythology, she endlessly awaits the return of her daughter. And this return will never happen because her daughter was cravenly disappeared and murdered.

The Salvadoran society refuses to acknowledge what happened to all these young and brave women. Those mothers whose only crime was to want a better future for their children. We, the children are not even allowed to have their remains. The damage caused was not enough? Is it not enough to have forever destroyed a family? Is it not enough to avert a mother from seeing her child grow? To prevent a child from enjoying the unconditional love that only a mother can provide?

On this Mother’s Day, I want to send a big hug and my profuse love to all the kids whose mothers were forcibly and unjustly disappeared, tortured, and murdered, as well as to all the mothers whom had their child disappeared. And to all the disappeared mothers, wherever you are: Happy Mother’s Day!! You will always be loved and remembered, and we promised you that we’ll persist in our search for the truth.

Natalia Rodriguez lives in Texas and is a founding member of the Our Parents’ Bones campaign. You can read her mother’s story on our website here. 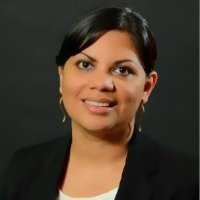